Winter is here, and that means it’s a key time to support your immune health, to help maintain general wellbeing over the coming months.

The buzzword this winter is andrographis. If you’re not familiar with the wonders of this ancient plant, then you just might be after reading this. A little-known herb, it has some fantastic properties that are great to help support immune health. 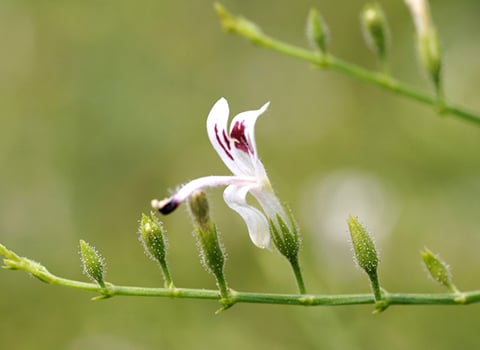 1. Also known as the King of Bitters or Indian Echinacea

Andrographis is also known as Indian Echinacea or - thanks to its bitter taste - the King of Bitters. It has white-purple flowers and is widely used to help relieve symptoms of mild tonsillitis and mild upper respiratory tract infections.

The benefits of andrographis have been known for quite some time, particularly within ancient traditional Chinese and Ayurveda (Indian) medicines, where it has been used for centuries to treat a variety of ailments.

Yes, this innocuous little green herb may help relieve symptoms of mild tonsillitis and sinusitis. Is there anything not to love about it?

Always read the label. Use only as directed. Vitamin supplements should not replace a balance diet. If symptoms persist consult your healthcare professional. If you’ve ever dappled in Ayurvedic or naturopathic medicine it's likely the name Ashwagandha is familiar to you.…

When we think electrolytes – we often think of sports drinks ready to replenish a hard workout. But… There are a few nutrients in particular that are known to maintain the health of hair, skin and…

Read more
HELP
ABOUT US
PARTNERS & PROMOTIONS
HEALTHCARE PROFESSIONALS
Always read the label. Follow the directions for use. If symptoms persist, talk to your health professional. Supplements may only be of assistance if dietary intake is inadequate.
Copyright Swisse Wellness PTY LTD 2021 Privacy Policy | Terms and Conditions